I’ve been reading a lot lately about autism and the ability of autistic children to hold it together over the course of a day only to explode as they set a foot through the door on familiar ground.  Unable to contain their emotions any longer as the sensory overload from the day bubbles over.

My daughter is not autistic she has Ehlers Danlos Syndrome (EDS) and Charcot Marie Tooth Disease (CMT).  In many ways she couldn’t be further from the text book description of a child with autism, she loves to chat, she has loads of friends, she is popular, she loves to cuddle up on the sofa at the end of the day and her understanding of sarcasm for a five year old astounds me.  However as I read the accounts by many families that have children with autism they could be describing our family and the life that we have slipped into.

If someone had told me that my bright, articulate and fiercely independent daughter who had enjoyed two years settled at both playgroup and nursey would be be having daily meltdowns after school everyday I would have laughed in their face.  Yes, she’s always struggled a bit to walk compared to her friends, to meet her milestones, she’s had problems with balance, with propreoception and stamina but in a room full of children you wouldn’t immediately pick her out.  She had learnt to blend and to adapt very well.

But by the age of 5 she wasn’t coping physically.  The effort needed to be in an upright position all day, to sit at tables to work or play with her friends was taking its toll.  For her body the energy needed to complete these tasks was immense it was like competing in a long distance race while to others her age it would be a walk in the park. This coupled with the new and exciting things to learn, friends to make, a new environment to explore, playtime, lunchtime, P.E. lessons, sitting in assemblies, lining up, learning new skills, it all equated to running a marathon across the course of the day for her, literally.  Her ability to blend into her surroundings was being tested to breaking point.

Then the same routine happened all over again the next day.

At home she falls more, her feet and ankles sprain from walking as her muscles struggle to hold her together at all.  But it’s her mood and behaviour that show the most significant change, she can’t cope with the simplest thing; like putting on a seatbelt in the car or her older brother asking her a question.  She can’t talk, only shout, like she has lost the ability to communicate in any other way.  She just cries because it is a release for her emotions and her pain.  She lays on the floor saying “it hurts everywhere” and we don’t know where to start to help her. Sometimes these meltdowns lasted for 20 mins, where she lays defeated and exhausted on the sofa for the rest of the evening until bed time.  Other times they continue until she is tucked up in bed 4 hours later.  When we all collapse exhausted.

Her life becomes about surviving the school week in order to recharge at the weekend just so that she could do it all over again.  No clubs, no friends, no life.  We are lucky if we manage to get her to her weekly 1:1 swimming lesson 50% of the time (which is essential for her therapy) because of her fatigue and the impact that it will have on the rest of the week.  Physio and Occupational therapies become a battle if they are completed at all.

The meltdowns have a huge impact on family life.  We are either; managing her fatigue continually to try not to let her get to full meltdown stage (while she is always teetering somewhere on the edge), or managing the meltdowns as they erupt.  She is not our only child, it impacts the after school clubs that the boys can attend and the friends they can see.  Life is planned around her resting.  The practicalities are planned too, if we are to eat at all then dinners must always be prepared pre 3pm.  Emotionally its draining.  Some days I just feel like my heart has been ripped out and on others I question all of the decisions I make regarding her care, the effects are seen in all of us.

I’m sure that school rarely see this side of our daughter, I’m sure that she tries her hardest to be ‘normal’ and hold it together across the day.  It’s what she does best.  The cues are subtle.  Not sitting still in her chair because her body hurts, her parlour becoming a little more grey with each passing hour, the translucency of her skin showing dark circles under her eyes.  Not wanting to run with her friends in the playground or to even play at all.  For her legs to become wobbly, for her to lean on any surface as support or for her to look smaller in her chair as she struggles to hold herself in an upright position.

My daughter isn’t being naughty for me or having a tantrum, although it may look like it to the untrained eye. Tantrums are reward led, any child is likely to stop a tantrum when they get what they want or realise that they are not going to get what they want at all.  A meltdown on the other hand is a response to feeling overwhelmed, no reward stops a meltdown once it has started, in fact a child having a meltdown may not even know what they want. Meltdowns tend to end in one of two ways, either children completely wear themselves out or they stop because they feel less overwhelmed.

I believe that our daughter is being her true self at home where she feels she can’t at school, she doesn’t have to keep up the act.  On days where she really hasn’t been able to hold it all together at school instead of her typical ‘home’ meltdown she has been found quietly sobbing in the corner unable to communicate verbally what is wrong.  At home she lets go in front of those that she loves and love her because she can, because she is relaxed and secure.  Her mechanism for controlling her outbursts is not operating with such vigilance allowing her feelings to pour out.

Fast forward another 6 months and we have settled into a new routine and a new school year.  Pacing has become a daily part of all our lives.  We now have a team of people trying to work together to give her a good balance of life, health and education.  It is a fine balance and too much of one most definitely impacts on the other areas.  We are continually managing the highs to avoid the lows and visa versa to make life less explosive.

This school year has seen a little improvement for her, she’s coping a little better, just.  There are lots of things that have influenced this; I am no longer questioning myself, I am confident that I know what is best for her and will work hard to ensure that she gets it, she is a little older and can communicate her needs better and we have a plan in place at school which we are trying to make work for her.  Good communication with her new class teacher along with part time school hours ensures that her fatigue can be managed more effectively.

Her meltdowns are still bubbling daily and can erupt at any time when she is trying to manage pain and fatigue and all of the associated emotions but we are becoming experts in  making them less impactful on the whole family.  To read the signs.  We have also learnt as a family how to deal with the meltdowns by providing a calm reassuring presence without talking too much to her, allowing her to de-escalate.  I got it wrong last week when I thought that I could pop into a shop on the way home from school. By the time I was paying she was sat on the floor sobbing as he knees were so painful she couldn’t stand.  I was parked in the disabled spot right outside the shop but I honestly didn’t know how we would get back to the car.  An impromptu nip to the shop became a very big mistake, I should have known better.  By the time we got home her meltdown was hard to control.

We have realised that we need to have a plan moving forward so that we don’t get stuck in limbo here forever, so that she can get stronger, so that she can grow.  I don’t know if it will ever be perfect for her as the variables are so changeable, she is a person not a tick box after all.

I will keep fighting for her, I will forever be her cheerleader.

So to the parents writing about their child with autism… I get it, those meltdowns, the invisibility to others, the decisions taking their toll, the fight and the lack of understanding even from those that love you.  It’s a different condition, a different label but managing these meltdowns has the same emotional impact on the families.
Like any parents we are trying to give our children a good proportion of life, health and the full education that they are entitled to, for us the scales can be a little trickier to balance.

The politics of LABELS 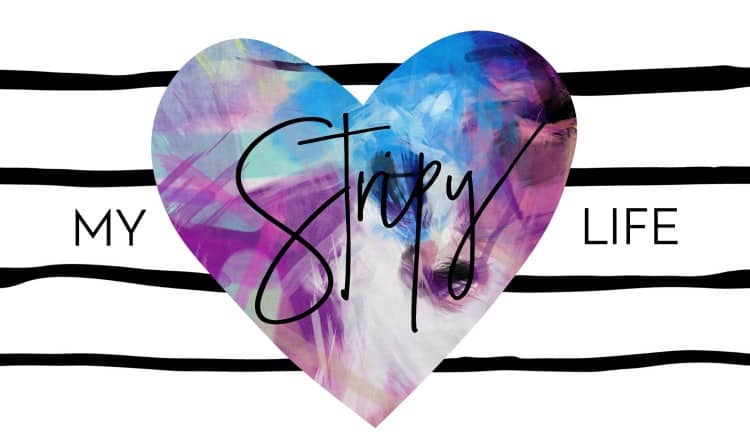